Retrograde irrigation is a wide term that could be used for all irrigations through the anus and is the opposite of antegrade irrigation that requires surgery to install water directly into the colon. 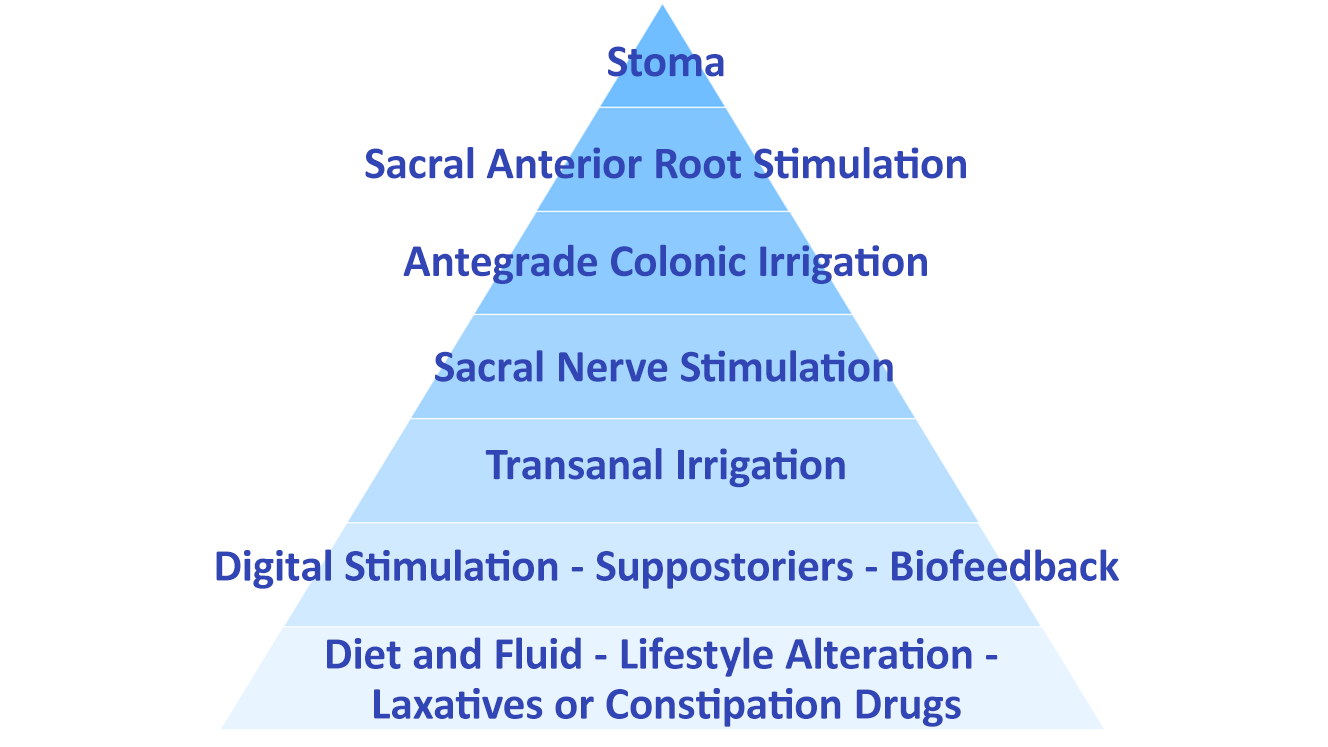 TAI is an effective technique for emptying the bowel by instilling up to 1500 mL of lukewarm water via the anus into the rectum and all the way to the hepatic flexure (descending and transverse colon). The volume of water that needs to be instilled is individual and should be recommended by the clinician and could change depending on the result of the irrigation. The water has two purposes. It softens the stool and it causes peristaltic movements of the colon. The water is kept in the bowel either by a cone or, when a rectal catheter is used, a balloon that acts like a plug to keep the water from leaking. The bowel content is expelled together with the water when the balloon is deflated or the cone removed.

TAI is a maintenance therapy and not a cure. Regular use of TAI prevents bowel leakage and accelerates transit through the colon. With TAI the rectum and distal colon will be efficiently emptied of faeces and it takes approximately 2 days until new faeces reaches the rectum.

There is clinical evidence to prove the benefits of TAI. As well as reducing the clinical symptoms of constipation and faecal incontinence, the benefits are:

Overall TAI is a simple therapeutic method for the management of bowel dysfunction following lack of improvement after diet/lifestyle changes and medications. TAI is a reversible therapy that has been shown to reduce the need of more invasive therapies such as neuromodulation and stoma surgery. When TAI has been successfully established for the patient, it ihas a high probability of remaining successful in the long term.